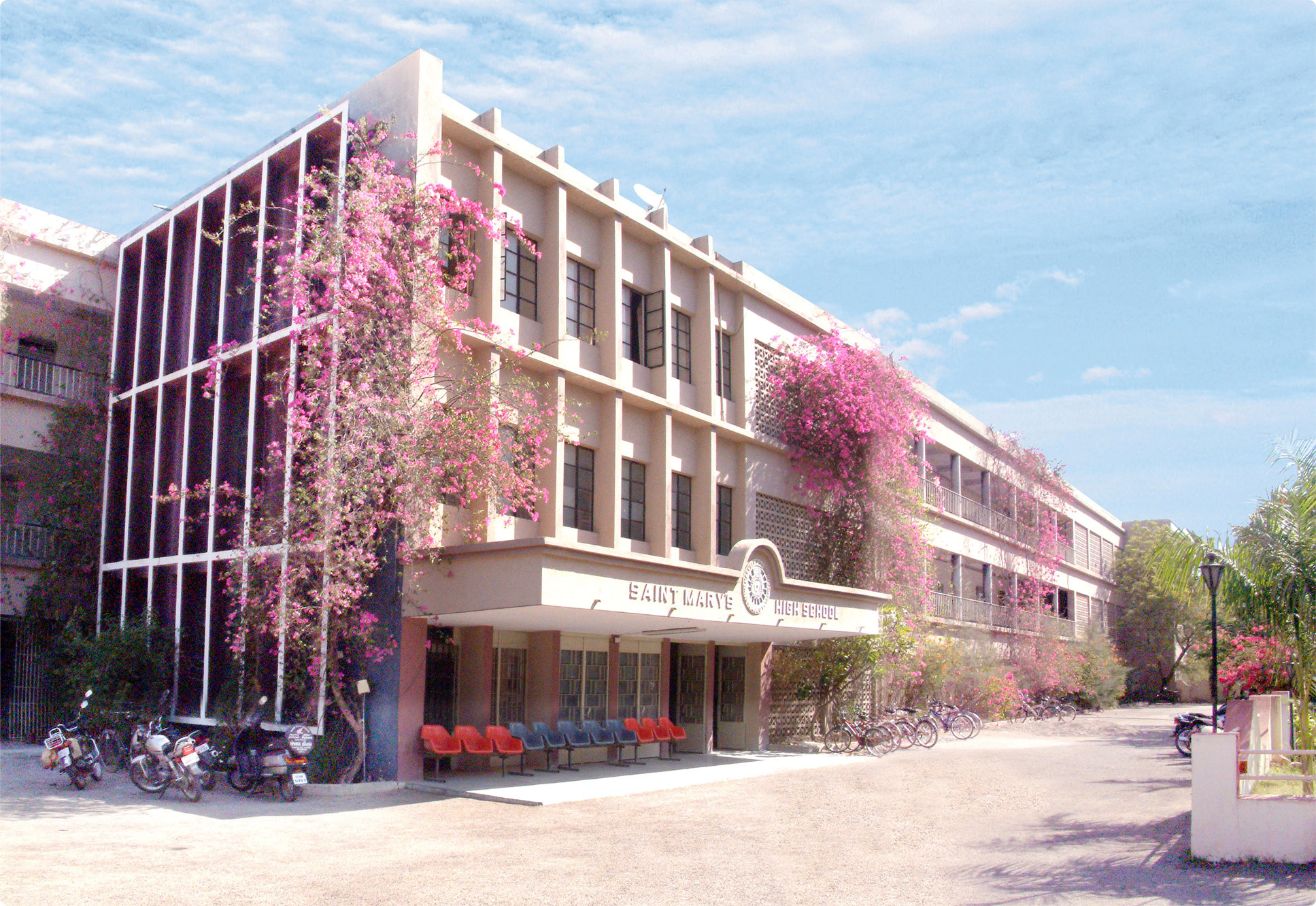 St. Mary's School was started on August 11, 1957 with 25 students on the rolls. Fr. E. Gadea SJ, the then Parish Priest of Rajkot, is the founder and first Principal. Initially the classes were conducted in the premises of the Catholic Church, Mochi bazaar. The school was granted official recognition by the then Government of Saurashtra on June 11, 1959. Bro. Harry Rodrigues SJ was Principal in 1960–61. He served the school 15 years. In June 1961, Fr. Mateo Ramonell SJ took charge as Principal, and the same year Gujarati also was introduced as a medium of instruction.

In 1961, Fr. Ramonell SJ bought the present property on Kalawad Road, 5 km from the city, and the foundation stone of the building was laid in January 1962. Although by next June the school was shifted to the new building, it took another five years for the construction of the building to be over. In March 1968, the first batch of 46 students appeared for SSC Board examinations. Fr. Azcotia SJ was the Principal from 1970 to 77. The school reached greater heights under his dynamic leadership.

In 1977, the management was transferred from the Society of Jesus (SJ) to the Carmelites of Mary Immaculate (CMI). In the same year, the Higher Secondary section, in English medium with both Science and General streams, was opened. Fr. John Naduvathussery CMI started separate building for primary in 1978, which was completed with an open air stage by Fr. Mathew Bassus in 1983. New Auditorium and 1 st floor of primary school was built by Fr. Joseph Madhuravely in 1998.

Std. VII to Std. X (One division each)